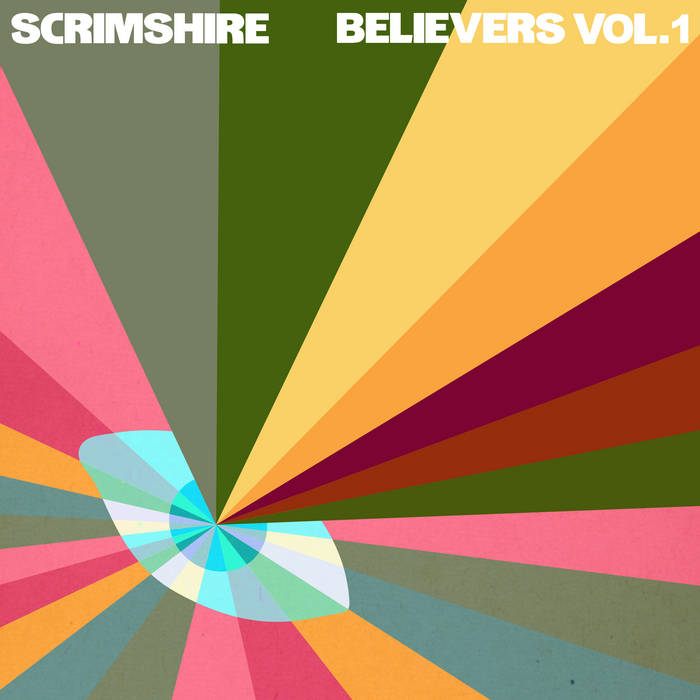 "One of the albums of the year" Louder Than War Magazine

“A superb, life-affirming album weaving soul, jazz, and Afro disco with a broad electronica pallet, into an impeccably produced, composed and arranged album.” Music Is My Sanctuary

“Among the circumstantial dirt and viral grime and societal schisming of 2020 – it’s like having your brain washed and massaged.” Backseat Mafia

'Anadwo' opens the album, a bright, Afro-disco inspired groove written with Ghanaian artist K.O.G., and is possibly Scrimshire's most extroverted track to date. Regular collaborator Stac and Brighton singer and producer Bessi sing on snappy neo-soul tracks ‘Where Are We’ and ‘Lost In Space And Time’ respectively. And Is Phi brings an eclectic mix of jazz, poetry and improvisation to ‘Chance Me’ while ‘Transformation’ stars acclaimed saxophonist Tamar Osborn. Genre-defying quartet Penya feature on global-jazz epic ‘Tanto Tiempo’ and the incomparable Omar joins with Xana and Faye Houston on album highlight ‘Love Is Loving’. Cosmic-jazz instrumental ‘Peaceless Peace’ closes out ‘Believers Vol. 1’, ending a bold and positive album filled with creativity and joy.

“Writing and producing my last album, ‘Listeners’, opened the floodgates for me. I’ve written more in the last 18 months than in years. Practicing for the live band levelled up my playing and opened up possibilities in writing I couldn’t find before. Since then I’ve written more than two albums worth of “Scrimshire” songs. But I really wanted to try and focus the experience and separate between music that represented the positivity and optimism I’ve experienced in recent years against my more introverted and angrier instincts.

‘Believers Vol.1’ represents warmth and hope. Everyone I worked with early in lockdown, seemed to want to express those longings for physical and emotional connection too. The whole album reaches out, I think it’s full of long embraces. But it is also, for me personally a love letter to black music and the black artists that shaped everything I care about sonically, from my very first memories of music until now. It draws from sounds I grew up around in the early to mid eighties, classic records from the seventies that I’ve never tired of, but important dance records from the late nineties and early 2000s that celebrated and subverted those ideas too.”

Scrimshire released his fourth album 'Listeners' in summer 2019, which was supported across BBC Radio 6 Music, including an Album of the Day feature, as well as by Jamz Supernova, Jamie Cullum's Radio 2 Jazz Show, Worldwide FM and Amazing Radio. His earlier albums ‘Bight’ (2013), ‘The Hollow’ (2011) and ‘Along Came The Devil One Night’ (2009) were released on the Wah Wah 45s label, where he’s also now a co-owner and director. He has continued to gain support for his successful “Scrimshire Edits” series and has produced and mixed records for artists including Stac, Daudi Matsiko, Bastien Keb, Rōnin Arkestra and Jonny Drop. Albert’s Favourites was formed by Adam, Dave Koor, and Jonny Drop, who designed the logo and artwork, and has released records by Hector Plimmer, Rōnin Arkestra, The Expansions, Huw Marc Bennett, and Jonny Drop.

Believers is mixed, produced and arranged by Adam Scrimshire.

Singer/Songwriter, Producer, DJ and one of them men behind Wah Wah 45s and Albert’s Favourites.

Bandcamp Daily  your guide to the world of Bandcamp